The iContact Split Test functionality was created for Enterprise-level customers. iContact Split Testing allows users to determine which message would be most successful (based on open rate, click rate, etc.) using a random sample of their list recipients. Once the test is complete, the feature then allows you to send the most successful message (i.e. the “winner”) to the remaining contacts on the selected list or lists. 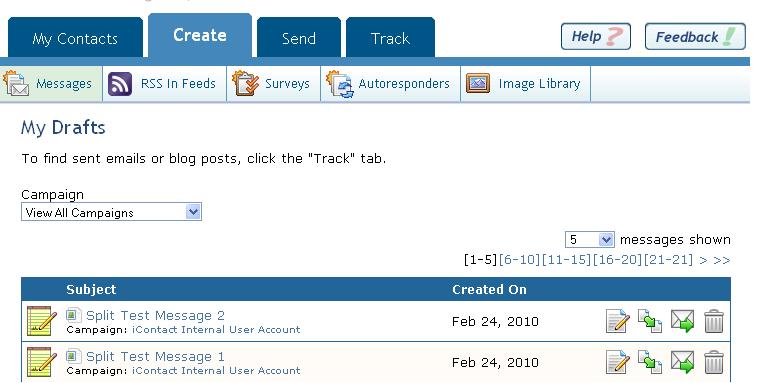 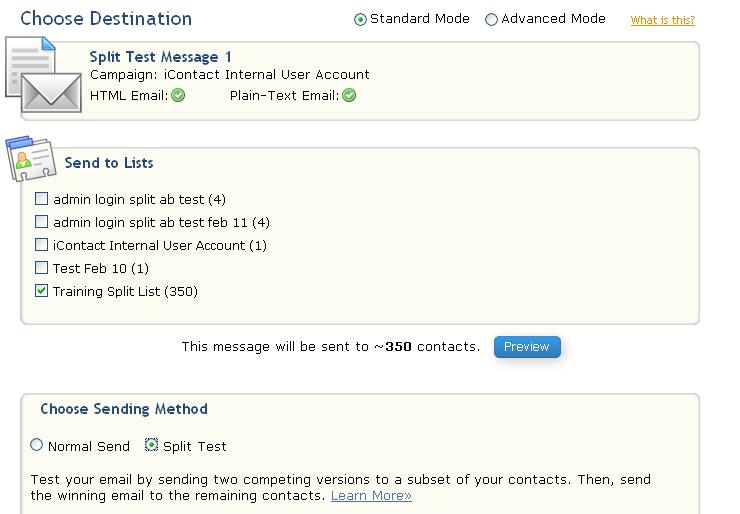 In the test below, we have chosen to send each of the versions to 50 percent of our total recipients (25 percent and 25 percent) and the remainder to 50 percent. 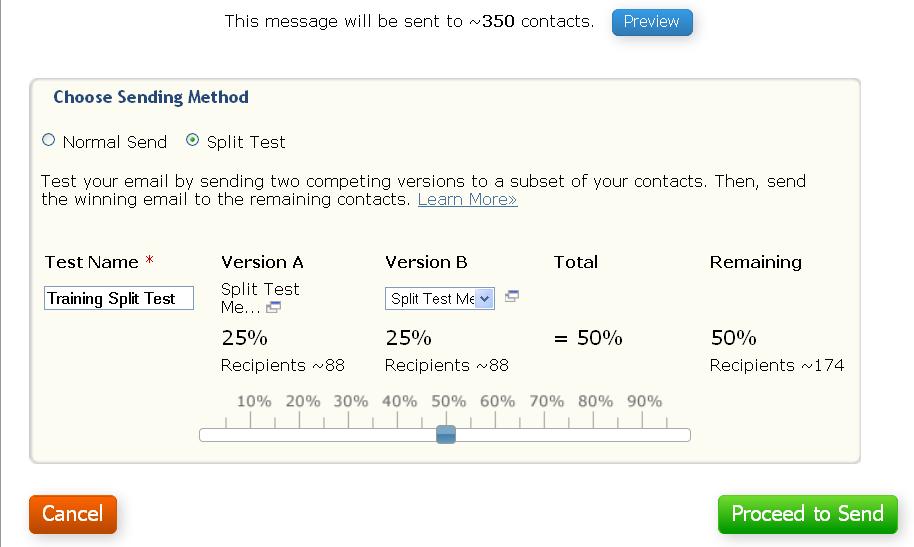 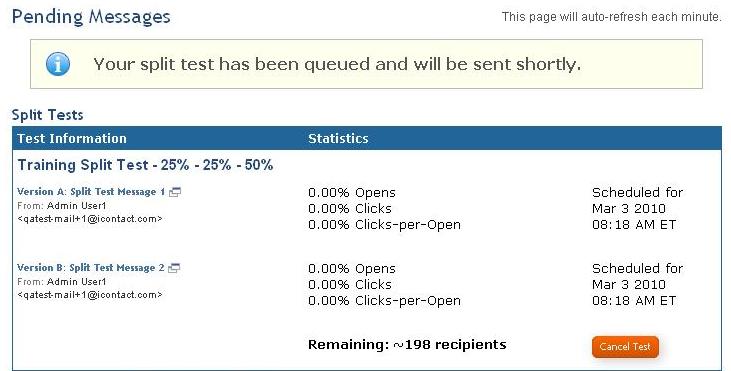 The ‘Send’ tab will now store information about your pending Split Test and allow you to schedule delivery of the “winner” of the test to the remainder of the list’s recipients. See the results of the 25-25-50 percent test below.

Since Version A received the most opens and clicks, it can now be sent to the remaining recipients using the “Send This Message” button.

Note: If your test is unsuccessful, you can choose to “End Test” and not send either of your test’s message versions.

Once the “Send This Message” button is clicked, the system presents the sending options in a pop-up window (shown below). 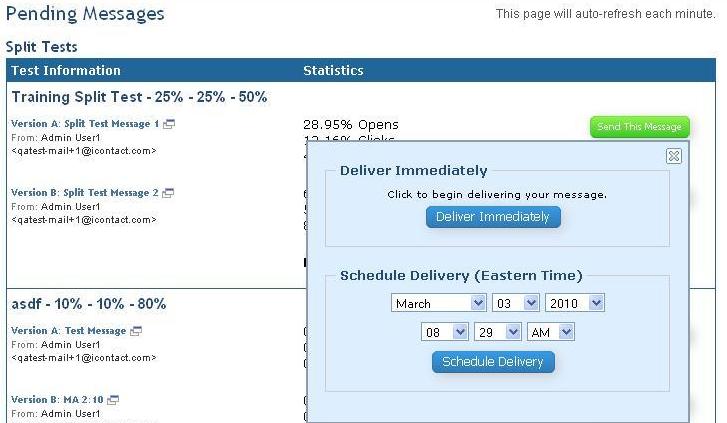 Once you choose a delivery method and the remaining messages are sent, the Split Test can be tracked via the Track tab > View Sent Messages.

Note: There is no “Re-Use” or “Publish to the Community” option here, as this option reflects tracking for the Split Test, rather than the individual messages. 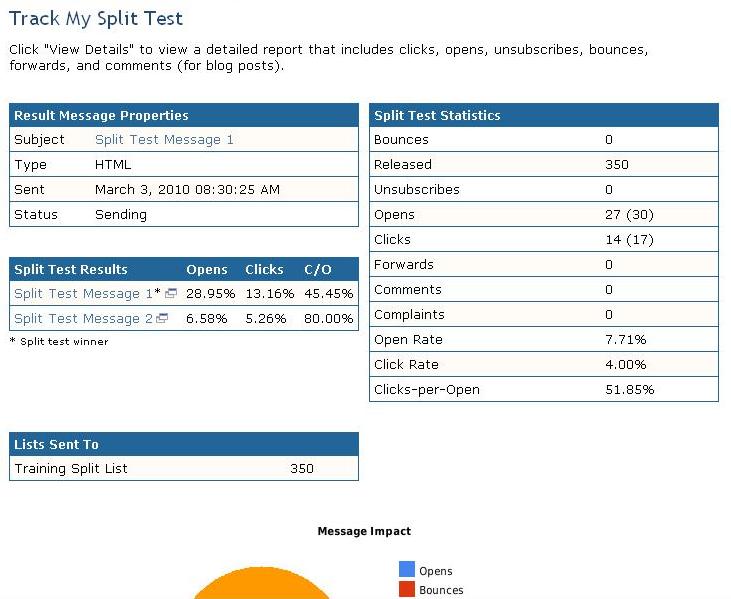 The ‘Track My Split Test’ page now reveals combined tracking data on the right side of the page (i.e., number of unique and total opens, clicks, forwards) but also shows overall open, click & clicks per open ratios for the messages.

The Split Test Results (left side) show the ratios of opens, clicks & clicks-per-open for Versions A & B, as well as an asterisk placed next to the Split test winner and previews of the split test’s messages (

Jennifer is a 22 year internet marketing expert. She can "Organize The Internet" in under 15 minutes to make sure that no one gets confused, overwhelmed or taken advantage of again. Join her free FB Group--> bit.ly/JensFreeGroup

Please log in again. The login page will open in a new tab. After logging in you can close it and return to this page.